Water is one the things that people cannot live without and that is why any man made construction that brings water in the town has a priceless value. Going back in past written evidences are found. Many writers, travelers and historians wrote about this remarkable Akvadukt in their diaries, located near Skopjе. In 1560, one Venetian traveler wrote that he sees over 60 opnneing along the aqueduct. However, in 1669 an englishman, Dr Braun wrote that the aqueduct is the most impresive work with over 200 openings. 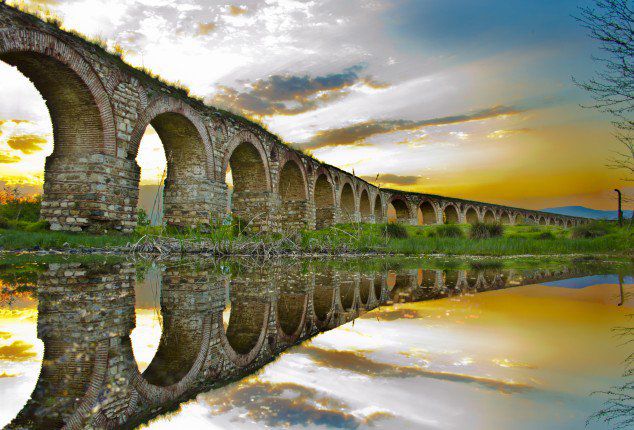 This magnificent monument is 386 meters long with 55 arches, and 42 arched openings will attract anyone’s attention. The middle walls are made of stone and bricks with lime mortar. Moreover, the columns were made with crushed stone combined with stone plates.  This mix of different stones with different colors gives this monumental construction one of a kind look, which cannot be found anywhere else. 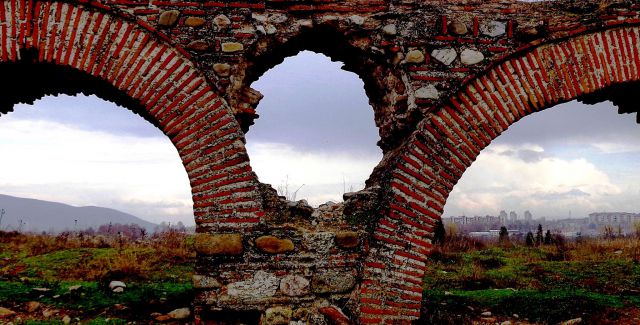 For long time it was considered that the Romans built the aqueduct as they constructed many in their empire. Even though the scientists and archeologist have not yet agreed when exactly the aqueduct was built, there are certain evidences that shown this magnificent monument was built either in the early Byzantine period or later in the Ottoman Empire. Many would agree that it was built in the 6th century (emperor Justinijan I) in order the bring water in the town of Justinijana Prima (Skopje).

another evidence is the similar construction style between the aqueduct and the Kurshumli Inn (Kurshumli An) in Skopje, which connects it with the period when Macedonian was under Ottoman Empire. Moreover, written evidences show that Mustafa Pasha ordered and paid money for the aqueduct to be reconstructed and the water always to run in the public fountains in front of the mosques and other places in the town. The waters was brought to the city from the springs that were located in the village Brazda and the village Gluvo. 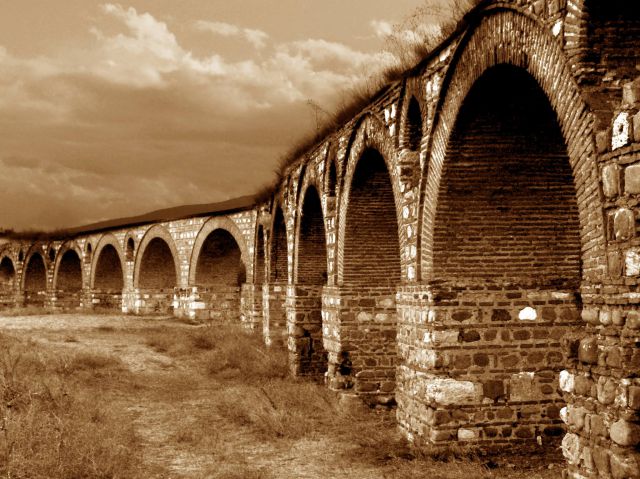 Skopje Akvadukt is around two kilometers northwest from the city, in between the road to Vizbegovo and Momin Potok.  The aqueduct can be also reached from the boulevard Slovenecka. After passing the new bridge over the River Serava then turn left and follow the macadam path. 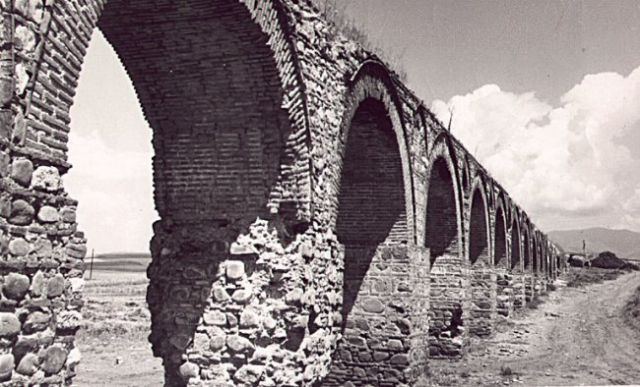 The surrounding of the aqueduct (Kavgali) still keeps the memories and secrets to some of the bloodiest fights between the Austrian general Piccolomini and the Turkish soldiers.  Moreover, on those fields many other battles took place. The aqueduct, a part of it was still in use by the late 1915. 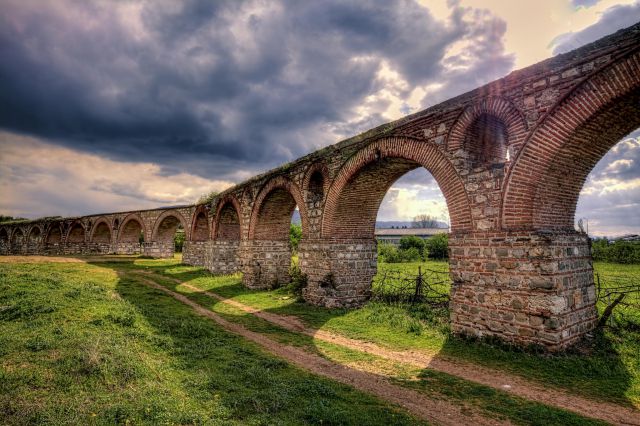 The visitors can see that on the southern part of the aqueduct there is a fountain with a visible groove, where the water passed. For those who are curious and love history and architecture this is a must see attraction in Skopje.