Z1p3Tm42WHlxVVFyT2VINUpvd0RVYnN4Y000N0hXaFHJDzre__ReGohBmhqPcJxUuU_Ed3domeTgY00TiMeBvQ==
https://travelmacedonia.info
Home » Things to do » Sightseeing » Prehistoric Museum on Water at the Bay of Bones - Ohrid

The Museum on Water is located on the eastern coast of Lake Ohrid near the auto camp Gradishte, the Bay of the Bones. From the city of Ohrid the Museum is around 14 km away. Archeologists had discovered a prehistoric site in the lake dating from 1200 and 700 B.C, which spread on over 8.500 m2. Evidences show that theBryges, the oldest tribe in the Balkan region lived in that area. 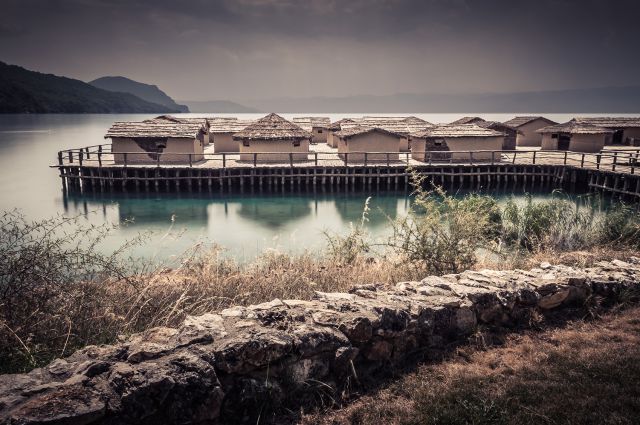 The archeological research Plate Michov City started in 1997.  The second phase of the excavations started in 1998. It took the researchers 10 years to excavate, research and reconstruct the whole site while finding over 6000 pieces of wooden remains, pottery, utensils and piles. All of those findings had been documented. In 2008, the reconstruction ended and on 8 December the Museum was opened. It is supposed that the prehistoric village on water had over 60 houses which were connected with land with a moveable bridge.  On the northern part of the museum, 12 meters into the lake the researcher had found a pile, which was part of a swinging bridge. 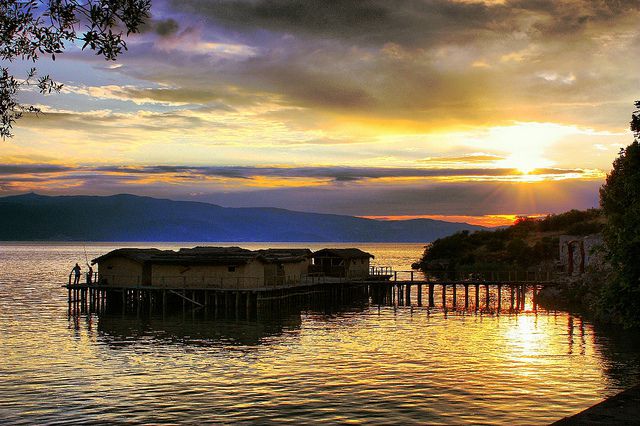 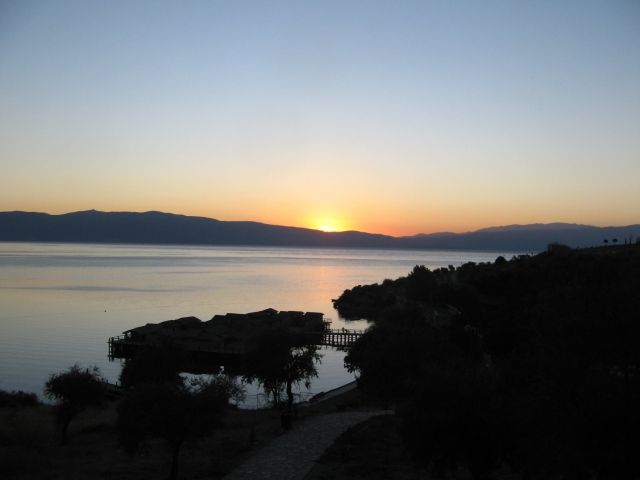 The Museum on Water is a reconstructed settlement/village that existed even before the Roman Empire. In addition, an old Roman military fortification above the Bay of the Bones had been reconstructed too. The fortification is located upon a hill.  That was done in order to compare the ancient period with the prehistoric, an incredible journey back in the prehistoric period. 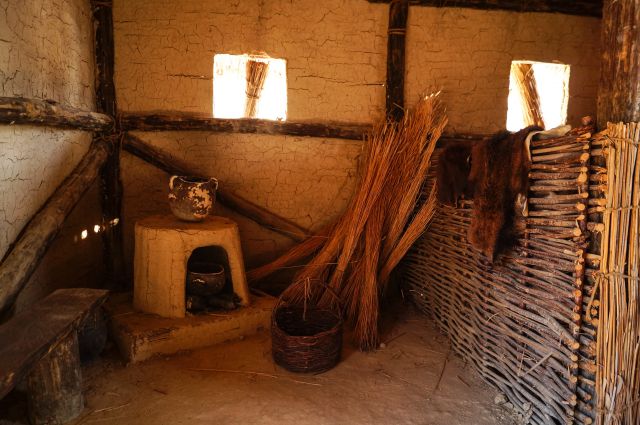 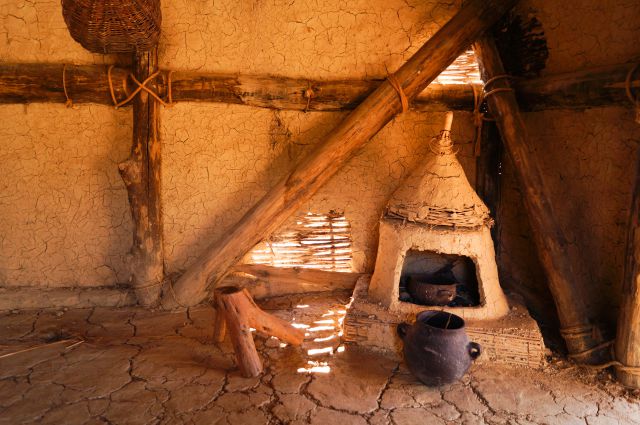 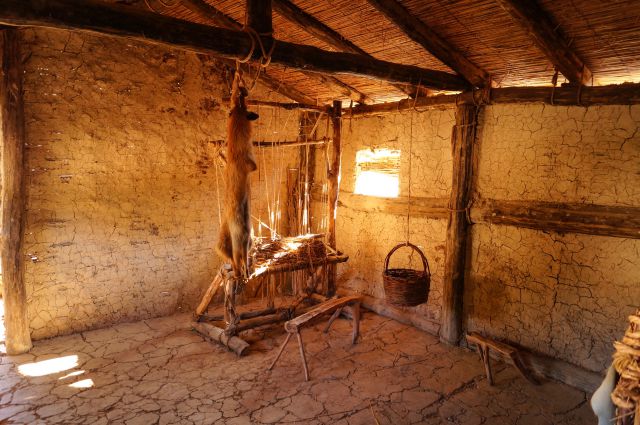 Today the Museum on Water has 24 houses in which findings are presented, reconstructing the prehistoric living style in that area. Out of the total number of houses only three have oval shape, the rest are rectangular. It is supposed that the oval shaped houses were used for sacred rituals. 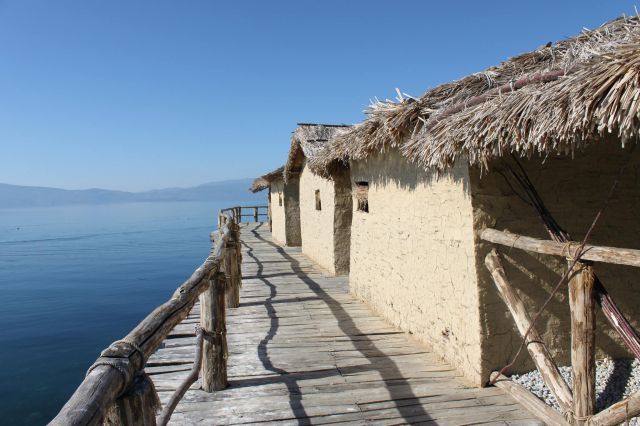 The site got its name the Bay of Bones due to the fact when the excavations were done, archeologists found  a large number of animal bones. 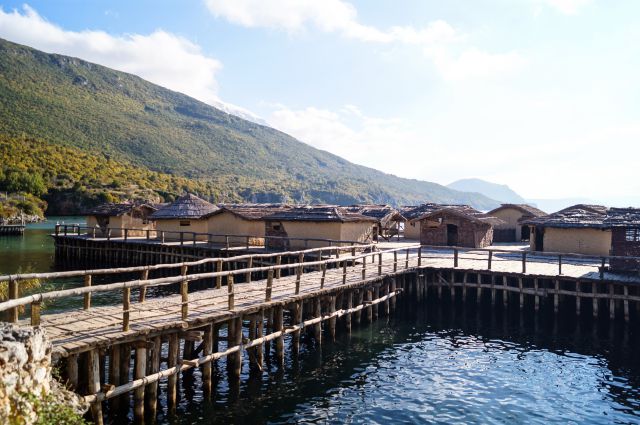 The site is open all year round and can be visited any time. However, an entrance fee applies. When visiting the site do not forget to stroll down the wooden platform, see the underwater showcases and explore the conserved and restored Roman fortification. 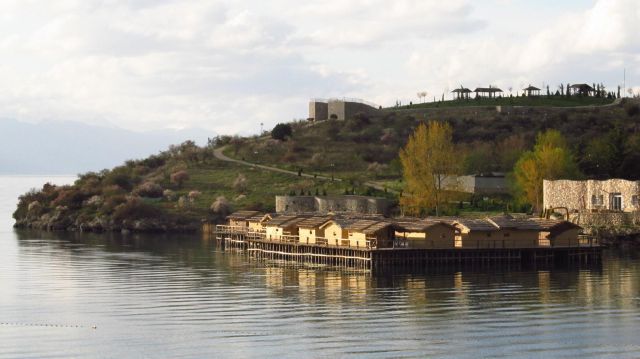