This church dates from the 14th century. Tracing back the past it was proven to be quite difficult to built it because of its position, nested along the canyon of the River Treska. The road leading to the church was narrow surrounded with steep mountains and many sharp bends along the river. However, since the construction of the dam in 1938  an asphalt road leads to the dam from where the church is easily reachable. In addition, Lake Matka is the oldest artificial lake in Macedonia. It was formed once the dam was built. The dam shares the same name as the church. 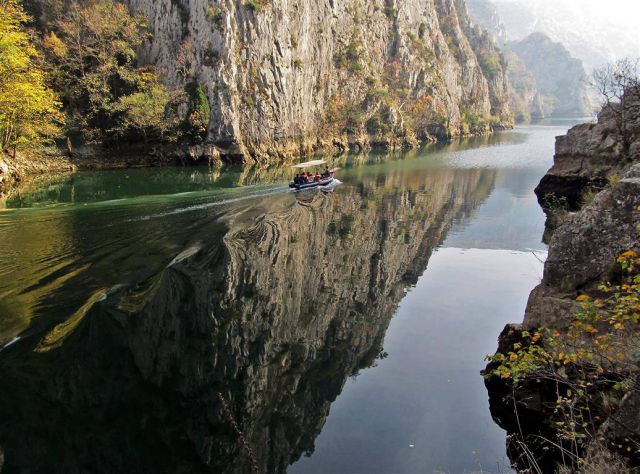 The church had been built in 1388/1389. King Marko was the church's founder, son of the Serbian King Volkashin. It is no wonder that the best fresco painters and workers had been working on the site creating this magnificent architecture in such a very hard accessible place. King Marko sent the best painters from the city of Prilep to work on of the present church. This is the only church standing still that has a shape of a cross. Above the entrance there is a fresco portraying 4 knights protecting the church. 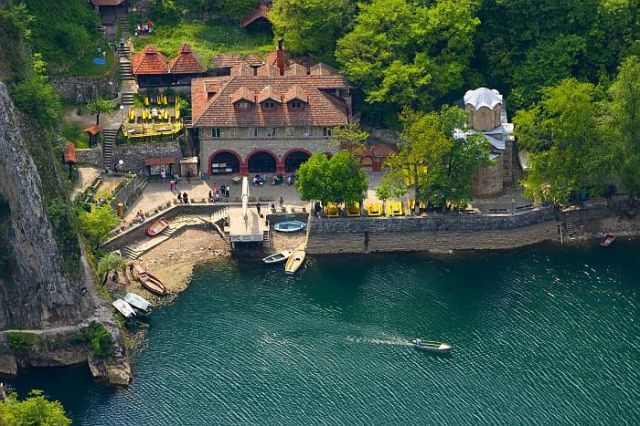 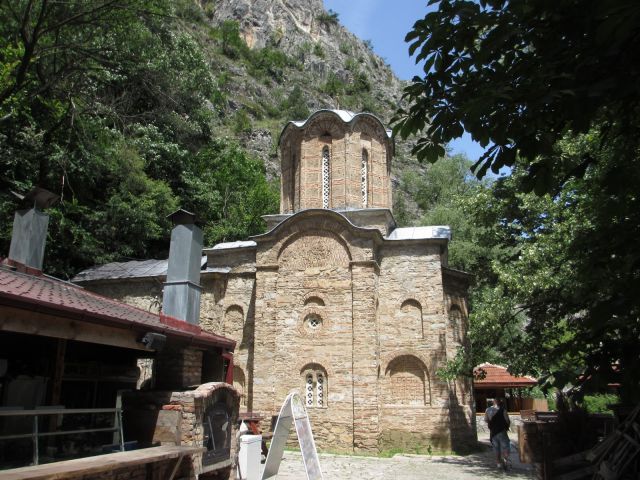 The Legend about the Church

Most of the older villagers know the sadlegend about the church. It all began in 1389 after the battle. Prince Andreash and his bother Kind Marko were going home along the banks of River Treska. As they were tired, they stopped to rest by the tavern which was near the place where the church stands nowadays. Prince Andreash entered the tavern while the King Marko stood outside with the horses. The tavern was with Turks who killed the King's brother. Once the King saw what happened he killed everyone there. The King buried his brother on the place where he died. To remember and honor Andreash  (Andrew), the King ordered a church to be built near his tomb. 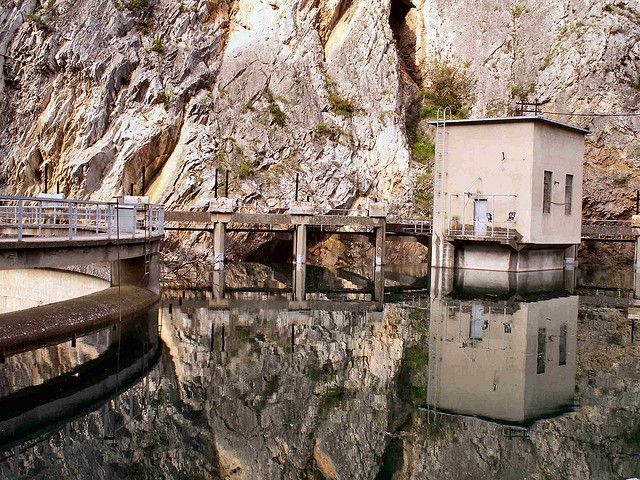 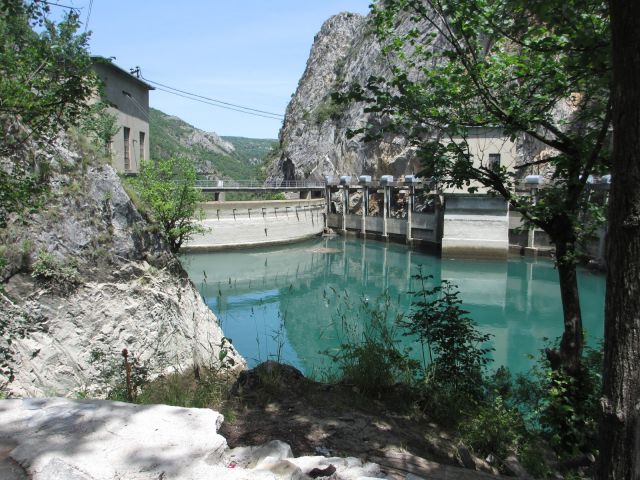 However, there is an encrypted sign on the western part of the church, above the entrance where it is written that the church was founded by Andreash, son of the King Volkashin and Queen Elena. 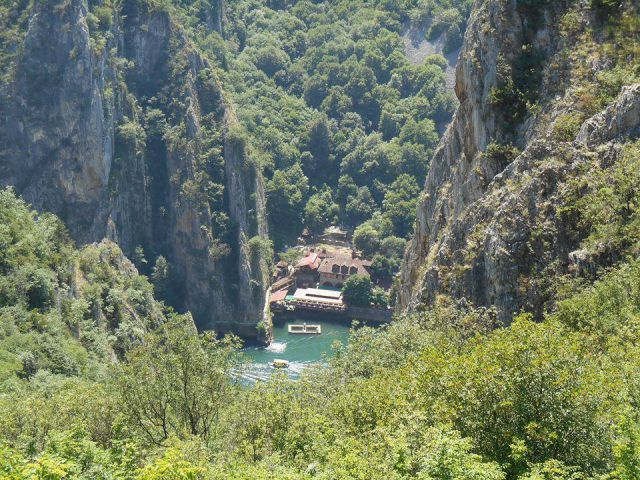 Today, next to the church there is a restaurant and a small hotel. If you are adventurer and nature lover, you will be thrilled by the surrounding, the green color of the lake, the steep mountains and trails that hide many secrets. If you are more into enjoying the nature couple of small at your disposal are couple of boats that offer excursions to the most famous and Europe's deepest cave, Vrelo. The cave is listed among the 77 natural wonders of the world. Moreover, Vrelo is listed in the New7Wonders Project. 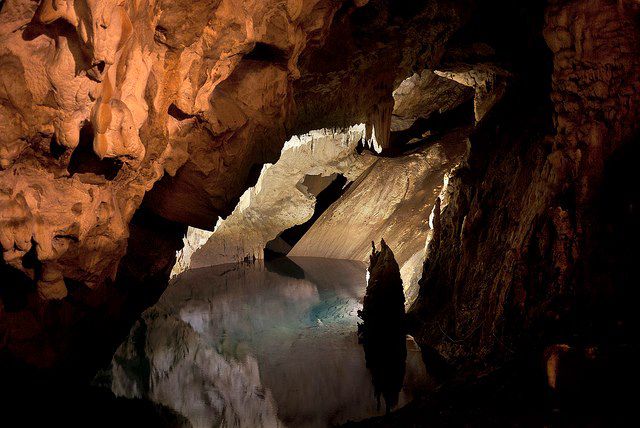 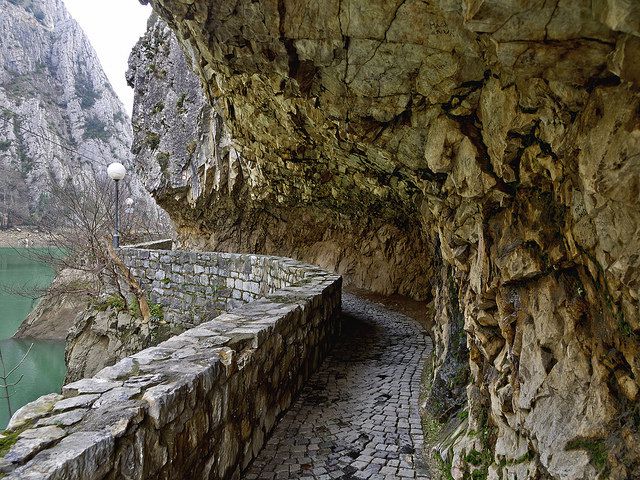 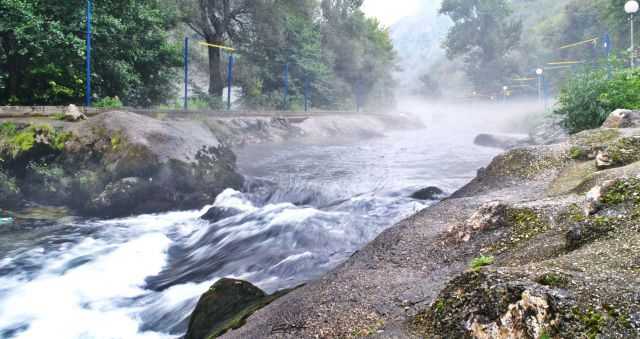