Macedonia's ski and snowboard resorts can offer fine snow and mountain challenges for every taste, from beginners to professionals. The ski resorts in Macedonia are hosts of several ski and snowboards cups that attract visitors from all the world to enjoy the magnificent mountains of snow in Macedonia.

The Ski center Mavrovo has three chair lifts and eleven ski lifts. The length of chair lifts is 4.800 m. with a capacity of 1.900 persons per hour. With these lifts, skiing is possible from 1.255 m. to 1.860 m. above sea level. For skiing and snowboarding, there are 25 km of slopes available. 14 lifts transport the guests.The length of the ski lifts is 5.700 m. with a capacity of 10.100 skiers per hour. There are tracks for beginners, advanced and top competitors in the alpine and Nordic categories.  The average snow cover is 70 cm. 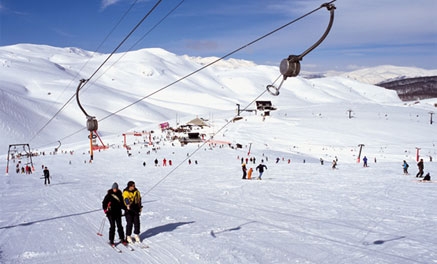 Ski resort Popova Sapka lies above Tetovo in the Shar Mountain. For skiing and snowboarding, there are 10 km of slopes available. 10 lifts transport the guests.The ski track on the south side of the Shar Mountain is located at 1875 m altitude, 18km from Tetovo and 48 km from Skopje. The gondola chairlift Tetovo- Popova sapka is 7 km long (the ride takes about 40 min). It has a total of 11 chairlifts with a total length of 7,7 km which connect the ski terrains at latitude of 1100 to 2500 m. The total length is 20 km and 3 of those 20 are according to the FIS criteria. (FIS- International Ski Federation).

Kozuf mountain is a mountain situated in the southern part of the Republic of Macedonia and partly in Greece. Its most western parts reach the river Blashnica, and the north-western side stretches in a line, from the Mrzhechko village via the village Konopishte, through the course of Boshava to the city of Demir Kapija. Kozuf is a specific mountain because it is the first natural barrier in the Republic of Macedonia that is directly exposed to the influences of the Mediterranean and the Aegean Sea. Its highest peak is Zelenbeg, at 2171 meters above the sea level. A new and modern ski center was built recently on the mountain.Kozuf is a ski resort with three ski lifts (1 chair lift, 2 surface lifts) and it boast a very impressive 573 metres (1880 feet) of vertical descent. Kozuf has 1110 acres of terrain over 12 pistes. Kozuf is best suited to advanced and intermediate skiers and snowboarders. The resort is in its investment phase, working on the platform for developing Kozuf to be a competitive ski resort in the region. 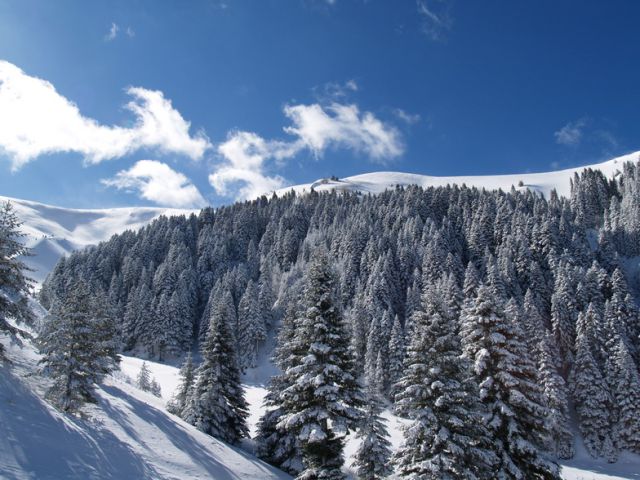 Krushevo is located on Bushava Mountain, about 30 km away from Prilep. It is a well-known winter ski center and a health resort. Its old architecture and all conditions necessary for pleasant winter holidays, make Krushevo an ideal place for relaxation. Krushevo, with its old houses represents a museum of old architecture. The town is full of old and more recent houses built in the style of old Macedonian architecture leaving the town with virtually no apartment blocks. This historical city located on 1250 m above the sea level is only 140 km away from Skopje.The ski resort Krusevo is located in Macedonia. For skiing and snowboarding, there are 1.3 km of slopes available. 3 lifts transport the guests. The winter sports area is situated between the elevations of 1,240 and 1,400 m. The ski lifts and chair lifts include: Double chair lift with a capacity of 720 skiers per hour, ski lift anchor with a capacity of 700 skiers per hour, single ski lifts for 600 skiers per hour and baby ski lifts with a capacity of 300 children per hour. 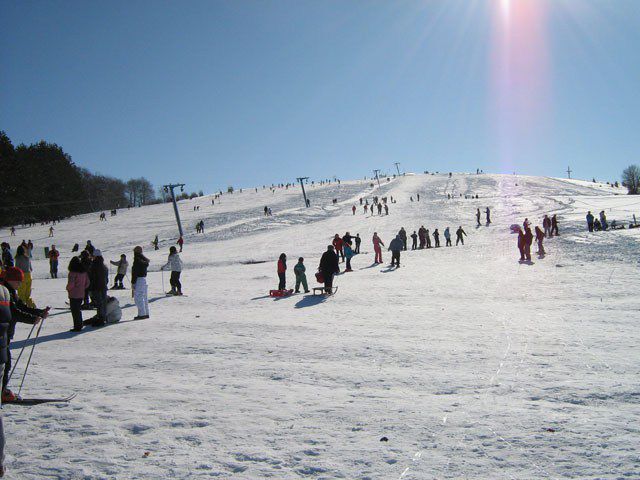 Pelister of Macedonia is a tiny ski resort with just two ski lifts but it does boast a very impressive 1172 metres (3845 feet) of vertical descent. Pelister has 2 pistes. Pelister is best suited to advanced and intermediate skiers and snowboarders. 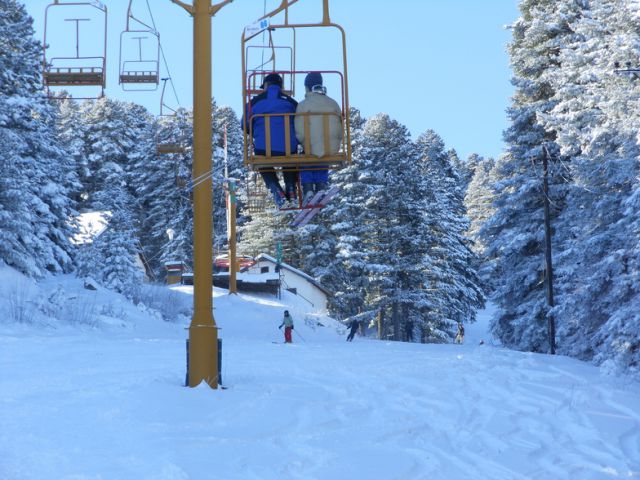