Following are the top facts about North Macedonia, which one should read before visiting the country. Nevertheless, while reading you will come across many interesting and beautiful places, landmarks and sights to visit. Enrich your knowledge, enjoy your visit in Macedonia, and make a memory and experience to remember. 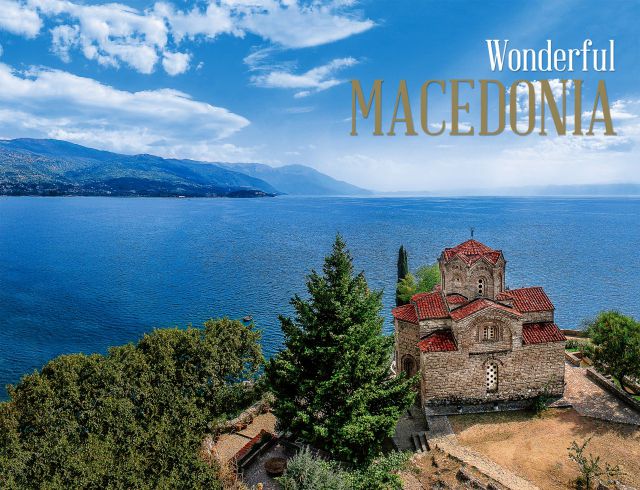 1. North Macedonia is located in the hearth of Balkan Peninsula and from all four sides is surrounded by land, landlocked.

3. Following the resolution of the dispute with Greece, the official name of the country has been changed to North Macedonia.

4. Mother Teresa was born in Skopje, North Macedonia, 1910. In 1979, she won a Nobel Price for Peace. The Memorial House in Skopje is dedicated to the Humanitarian Mother Teresa. It is open for visitors for the whole year except for public holidays. 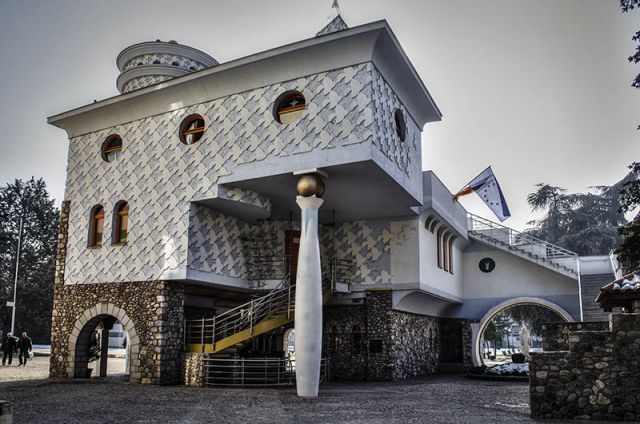 5. Macedonian’s flag is red with a golden sun that has eight rays. Miroslav Grcev created the flag. Moreover, since its independence until 1995 the country had two flags. The first one was with the symbol of Vergina.

6. The biggest cross in Europe is located on the Mount Vodno, Skopje. It is 66 meters tall and was build to celebrate the 2000 years of Christianity.  The cross has 33 levels that symbolize the years Jesus had when he died. There is a lift that takes the visitors to the top of the mountain and the Milennium Cross. 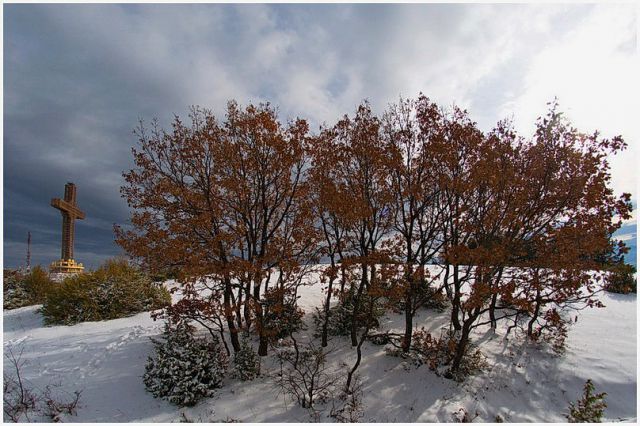 7. The oldest and the deepest European lake is located in Macedonia. In 1979, Ohrid Lake was declared by UNESCO to be a World Heritage Site. Scientists prove that Ohrid Lake is over 4 million of years old. Another intrigue fact is that in this lake live over 200 endemic species that can be found only here. The most famous is the Ohrid trout, an endemic fish. 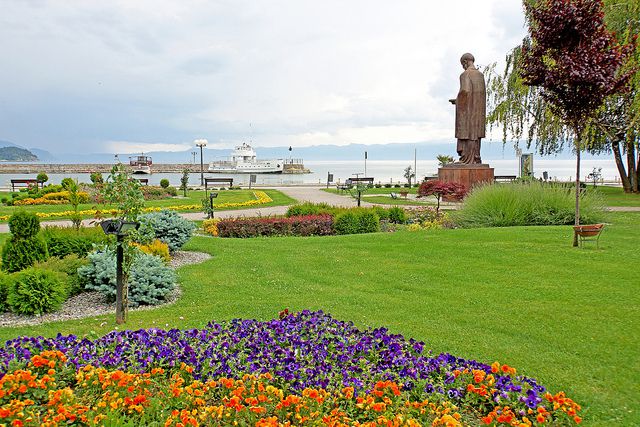 8. The most famous ancient Roman Road, Via Egnatia was passing through Macedonian for centuries making the country a trading center. 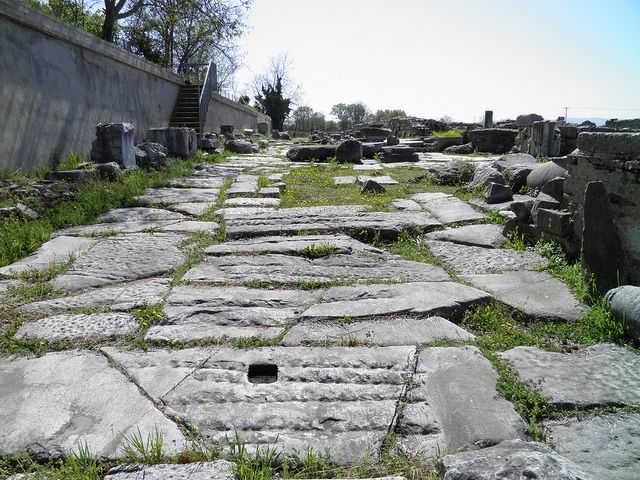 9. Kokino, an ancient megalithic observatory is listed as fourth astronomic observatory in the world. NASA supports this fact. In addition, Kokino is 30km away from the city of Kumanovo.

11. Macedonia is located above the Eurasian Tectonic Place, which causes frequent ground shakes and sometimes earthquakes. In 1963, a devastating earthquake destroyed the capital city Skopje killing over 1000 people.

12. There are over 25 glacier mountain lakes in Macedonia. The most famous are (Пелистерски Очи) Pelister Eyes and even more thriling is the story about their origin.

13. Macedonian has 15 artificial lakes. In 1953, the largest artificial lake was constructed named Mavrovo as the village nearby. Today, the lake is within the Natinal Park Mavrovo.

14. Vrelo Cave that is located at Matka, Skopje was listed in the top 77 natural wonders of the world. Moreover, Macedonian has over 164 caves. 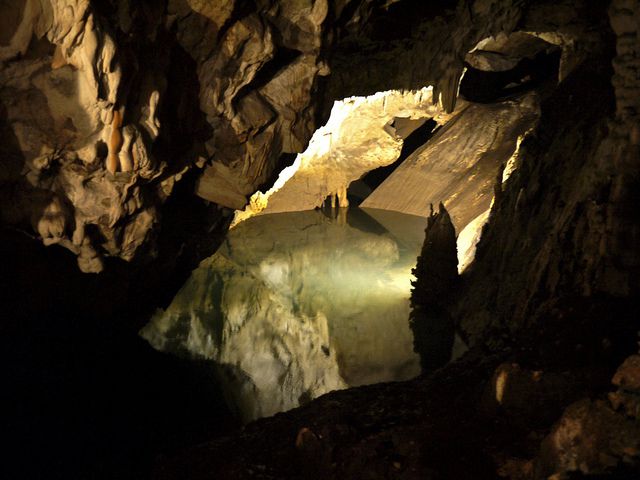 15. Vardar is the biggest River in Macedonia. Its spring is in Vrutok, a village near the town of Gostivar. Over 80 % of Vardar flows out of the country.

16. Mountains cover around 87% of the country, Macedonia is rather mountainous country. Around 36% of the country is covered with woodland and forests.  There are over 34 mountain peaks with height of over 2000 meters. The highest peak is Mount Big Korab (Голем Кораб), 2764 meters above the sea level.

17. On Mount Pelister was found a tree, which is one of its kinds, an ancient endemic species called Macedonian pine (Latin-Pinus Peuce; Мacedonian-Молика, Molika). 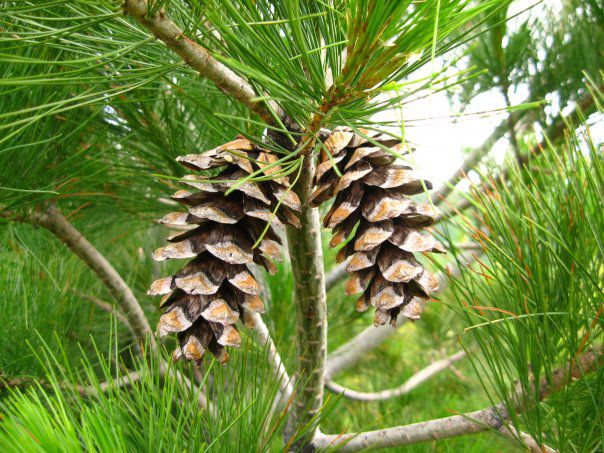 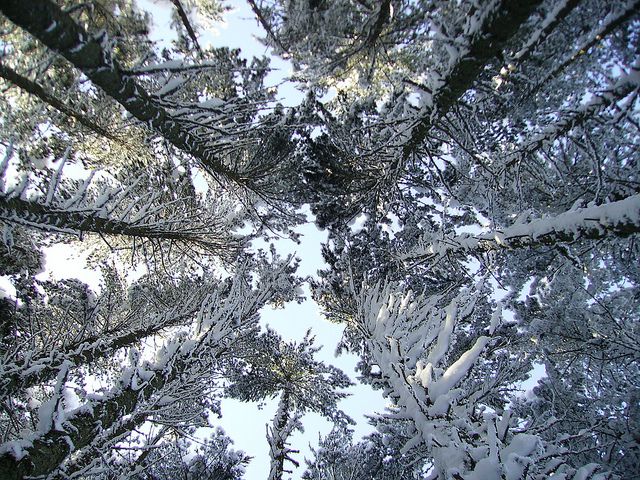 18. The first TV broadcasting was made in 1964 by Television Skopje, which still exists but its name in Macedonian Television (Македонска Телевизија-МТВ).

19. It is believed that in the foundations of the monasteries St. Bogorodica Precista (Kicevo), St Georgji Pobedonosec (Debar) and St. Jovan Bigorski parts of the crucified cross of Jesus are laid.

20. The official Macedonian alphabet is Cyrillic, coined by a St. Kliment of Ohrid. He was a disciple of the brother Saints Cyril and Methodius. St. Kliment to hours his teacher, he named the script Cyrillic.

21. Helm’s Deep Cave from Lord of the Rings has been compared with one cave in Macedonia. New York Times had found and depicted exactly the same cave to be the Cave Peshna, located in Makedonski Brod. 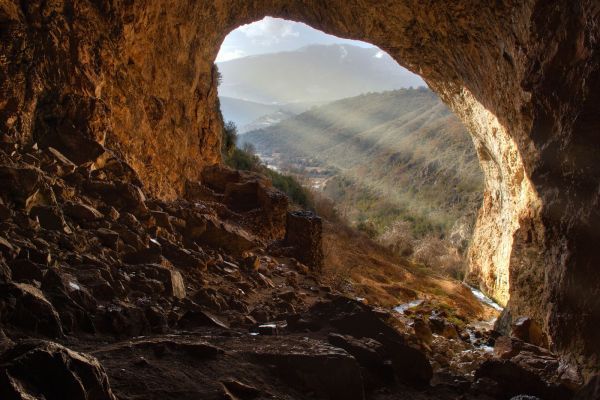