Hotel Molika represents the pearl of Pelister. One of the rare places where you can become one with the untouched nature, rest from the daily life and enjoy the impeccable service of the hotel's personnel.
Hotel Molika is open for guests throughout the year, breaking the ,,classic'' season boundaries.

The Hotel "Molika" is located in the southwest part of the Republic of Macedonia. It is placed in the area of the National park “Pelister”, in the locality "Bey tap", on the height above the sea level of 1420 m, placed in the luxury of the beautiful molika forest.

The location of the Hotel itself on the northwest part of the National park, provides a view on the Pelagonia valley, the town Bitola and it’s surrounding, that takes Your breath away. This part of the park is one of the most interesting and most exciting localities, specific with his wealth of the rare kinds of flora and fauna.

The connection with a Hotel is with modern asphalt road, with the length of 15 km to Bitola, and international road between Bitola and Ohrid, while the distance from the Ohrid' s airport is 70 km, and from Skopje' s airport is 180 km. This distance is insignificant for lovers of the health ecological area, clean air, peace and quietness far from urban settlements.
The priority of the Hotel Molika is his location that is near Bitola, town which is commercial, administrative and educational center in the southwest part of Macedonia, well-known with his historical and cultural tradition, wealthy with many cultural and historical monuments that present the past period, as well as the rare town architecture, recognized on these Balkan areas.

The connection between wood and marble, realization of the designer's project, provides every visitor of the hotel to fell the warm and the soul of an object in all his parts.

The hotel has 54 rooms (one, two and three bedrooms) and 3 apartments, separated on 4 levels with a view on the horizon on the east side and with a view on the mountain on the southwest side, where during all day they are lightened with the mild mountain sun in all weather seasons.
All rooms are equipped with phones, TV with satellite program, mini-bar, toilets and central heating. Many rooms have comfort terraces (balconies), where staying means a real challenge for catching a wonderful view. The capacity of the Hotel of 112 beds divided into one, two and three bedrooms is fulfilled with 30 other beds and three sitting places, that give an impression of home ambient.

Representative areas, apartments, are placed in the second and forth level of the facility, with a view on the autochthonous Molica forest. Settling in the hotel rooms is provided with modern elevator and hotel stairs placed in circles connected with every level of the hotel. 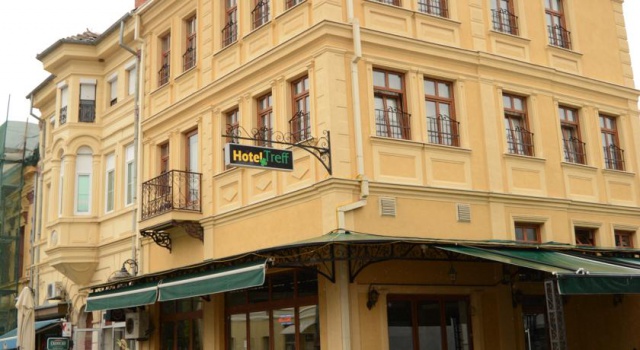 Hotel Treff offers accommodation in Bitola and in the pedestrian zone 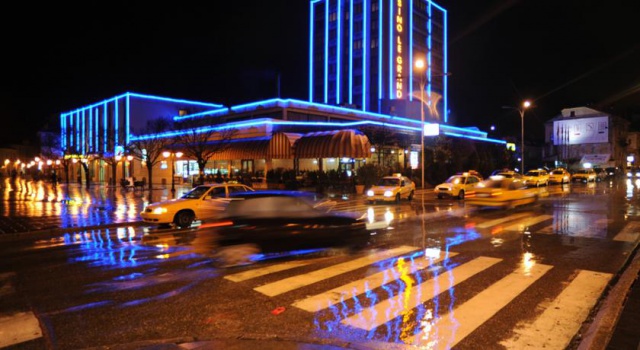 Hotel Epinal is centrally located in Bitola, opposite the Cultural Cen 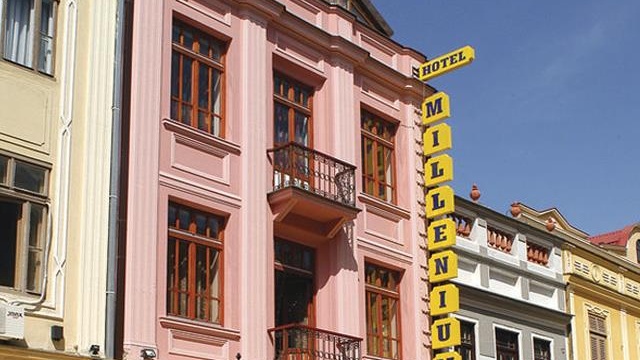 Bitola – the city of the consuls and the brothers Manaki, locate 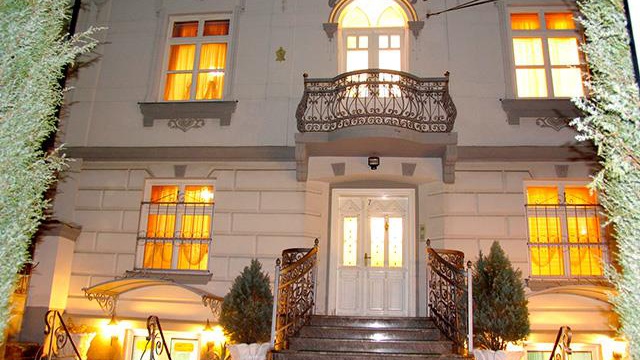 This is a small and cozy hotel located in the heart of the city, only