Galicnik is a village in the Western part of Macedonia, located on the foot of Bistra Mountain, 17 km from the winter resort Mavrovo. This small village is known worldwide for its unique architecture, rich cultural heritage and the century old Galicnik wedding, protected by UNESCO. 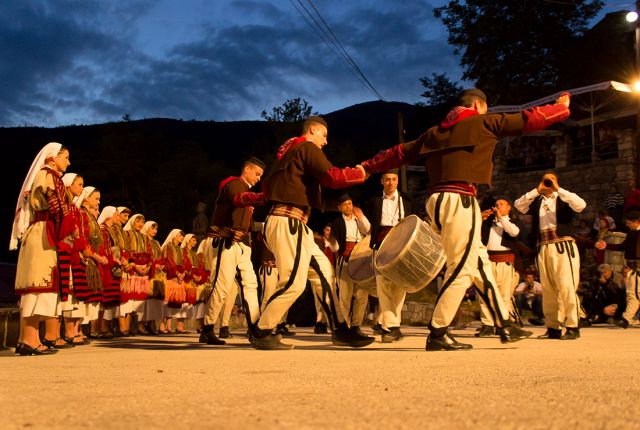 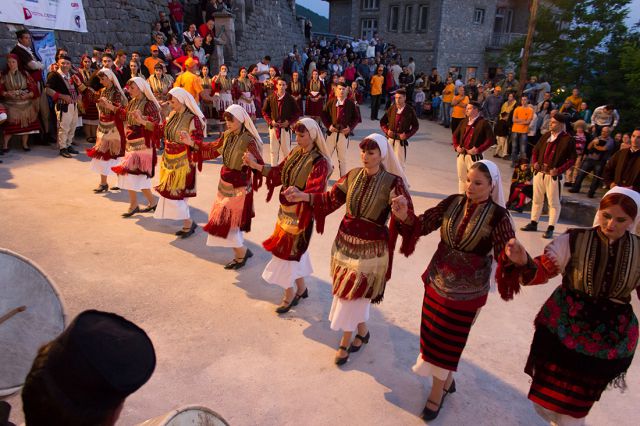 1. The Wedding through the Years

Only one resident is curently living in this village. Around 50 other people come during the summer period and make the street live. For the annual wedding ceremony over 5000 people are present. Throughout the history, over 40 couples were getting married. In that time, the wedding ceremony lasted for 5 days. Each day a different ceremony took place. The last written proof of such a massive wedding was in 1936. In the last 52 years, the ceremony is more of a traditional cultural manifestation, to commemorate the tradition as it lastes for two days (Saturday and Sunday). The wedding ceremony start after the sunset, Saturday night. The main rituals take place on the St. Peter's Day. In the past, many people living in Galicnik were working abroad and they used to come back home for that special holiday and get married. 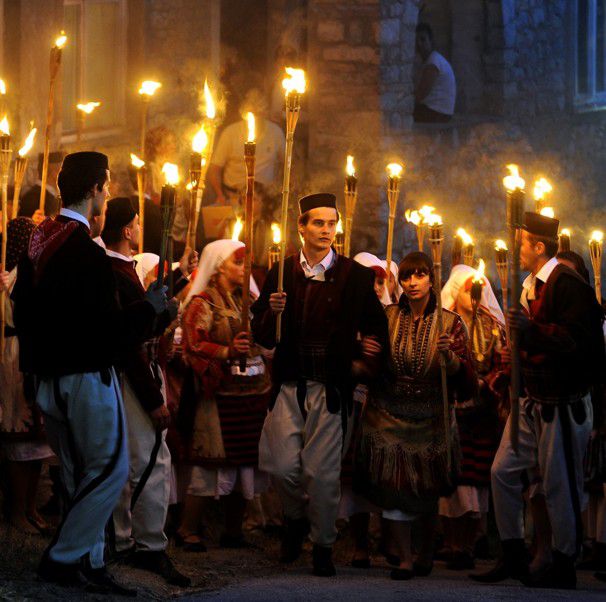 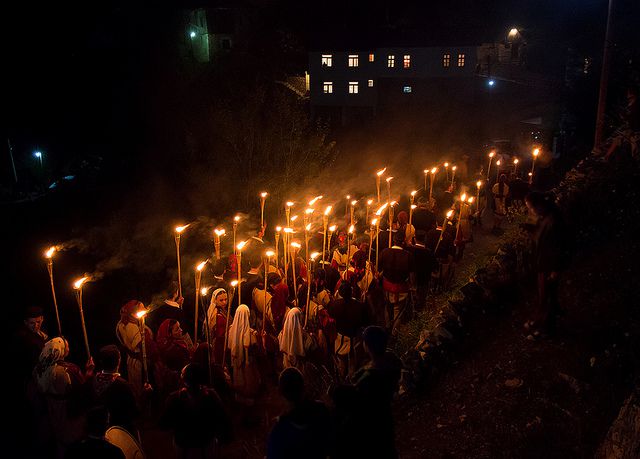 2. The Wedding in General

The participants in the wedding are wearing traditional folk costumes, the most beautiful among the Balkans. The wedding rituals and customs are century old and unique only for this village. Zurla (a wind instrument) and Drums are reverberating from Galicnik to Reka, making the Mount Bistra to shake. Among the most famous customs are the bridegroom’s Mother Traditional Dance, Teshkoto Dance (typical shepherd folk dance), taking the bride to the three springs to fill in a water jug and shaving the groom. The wedding is taking place on St. Peter’s day, the second week of the month, 12th/14th of July. 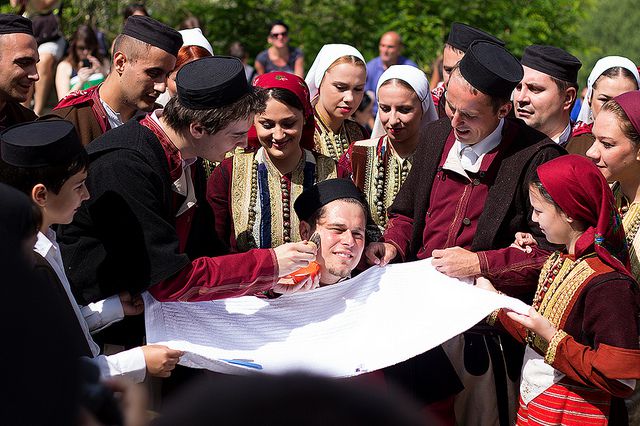 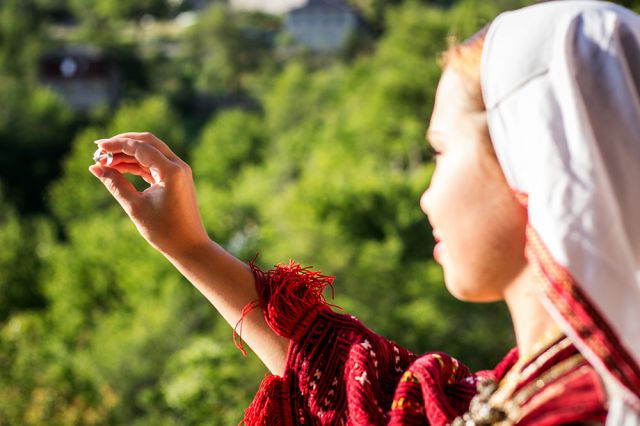 It is no wonder why the female costumes are the most beautiful ones among the Balkans. They weight around 25kg, consisting of 46 elements. The clothes are mainly in red (crimson) and white color, embroidered on the sleeves, neck chest and shoulders. However, the male costume is simpler than the female’s one. The most typical are the black coarse jacket and the hat. 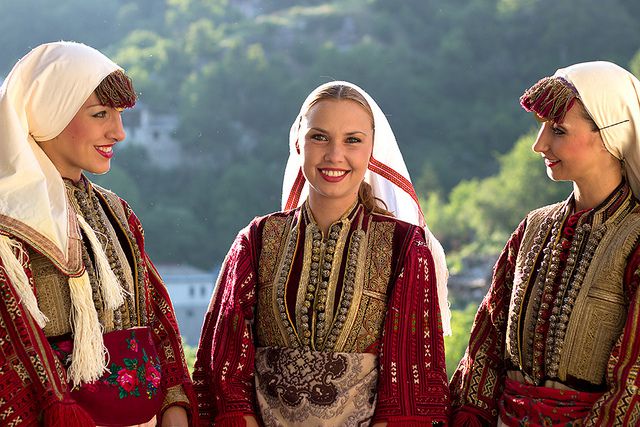 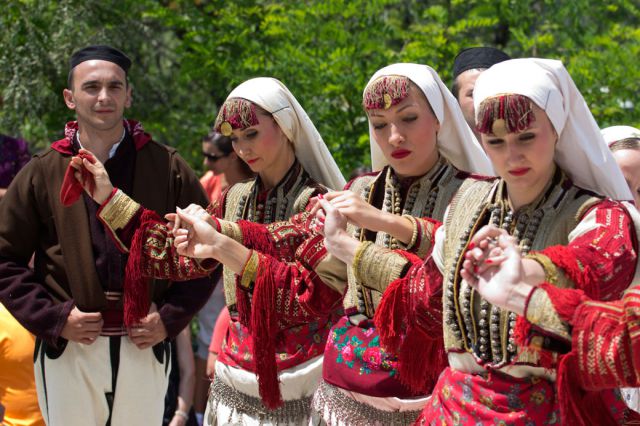 4. Specific Facts about the Wedding

- St, Peter’s Day is every second weekend of the month, the day when the wedding is held in the St. Peter and Paul Church.

- Every year, the organizing committee announces a competition to choose an unmarried couple. Either the groom or the bride must have an origin from the village Galicnik, so they can participate in the wedding.

- The wedding starts as the groom with his relatives visits the graves of the deceased family members and invites them to his wedding. Then the groom continues to best man’s house inviting him on his wedding.

- Shaving the groom is a symbol of separation with his family. Traditionally the shaving ceremony takes place in front of the Upija fountain.

- As the groom’s family on horses arrives in front of the bride’s house, the Macedonian flag that the bearer (the leader of the procession) brought is hung by the window by someone from the bride’s family.

- One of the traditional customs that is very famous is when the groom is in front of the house and the bride sees him through her ring saying to welcome her in his heart. That is the time when the bride is dressing up and afterwards goes with the groom to his house where she is welcomed from her mother in law. The wedding costume is very special and it weights around 40 kg.

-  Traditional wedding dances are played in front of the Upija fountain.

- The bride is taken to three fountains to fill jugs with water. After that, she plays the traditional bride’s dance.

- Only two instruments are played on the wedding. 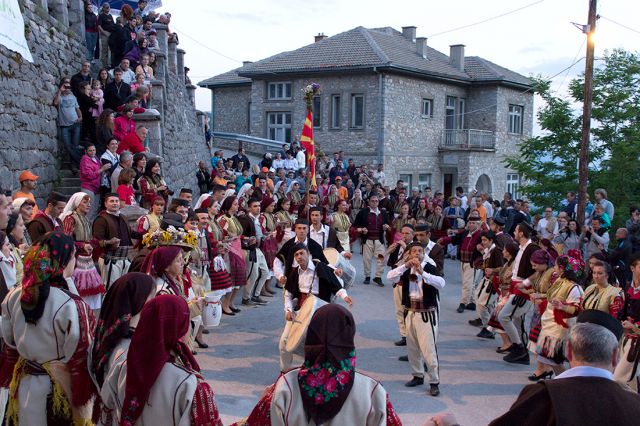