RVlKTkFSd2ZZT3ZIcXhYc2F0cllxODI1eE90UmNCWVL1dNEiui-4eybaCJi1Wng4wkGy-onqKbXY7R5zvw1rsA==
https://travelmacedonia.info
Home » Discover Macedonia » Kajmakcalan – the Heroic Place where Nature and its Beauty blend with the Tragic Past

Mount Nidze is located on the southernmost part of Macedonia, on the Macedonian-Greek border. Its highest peak is Kajmakchalan, 2521 meters above the sea level. This is the place where some of the bloodiest and the most toughest battles during the two World Wars happened. It was the central battlefield (Macedonian Front) where over one million of soldiers had passed and over 50.000 had died. One of the most bloodiest battles happened in 1916 (12-30 September) known as the Battle of Kajmakcalan when Serbian soldiers fought against Bulgarian soldiers. This peak is also known as Borisov Town as well as the Freedom Gate. 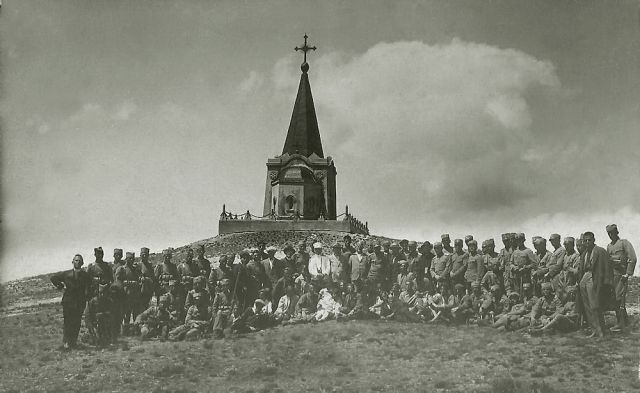 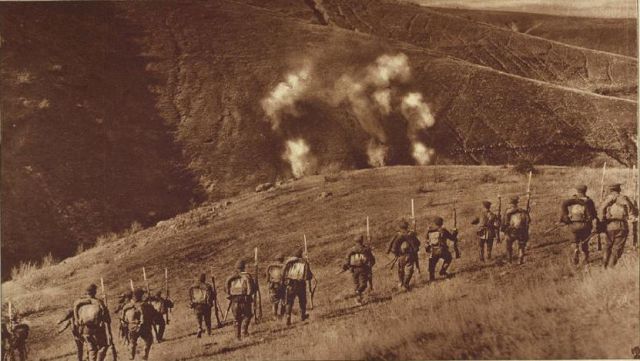 On the top of the mountain there is a  St. Peter Church and a memorial tomb (ososuaries). The ossuaries are under the ground, whereas the memorial tomb is what is visible above the ground. They are around 150 meters away from the Chapel and on its entrance the following date is engraved, 17 September 1916. The church had been constructed with the leftover from the weapons.  The view from the top can not be described with words, somehow strange. The church is standing still to narrate the cruel war history, to witness the pugnacious nature of the human kind. 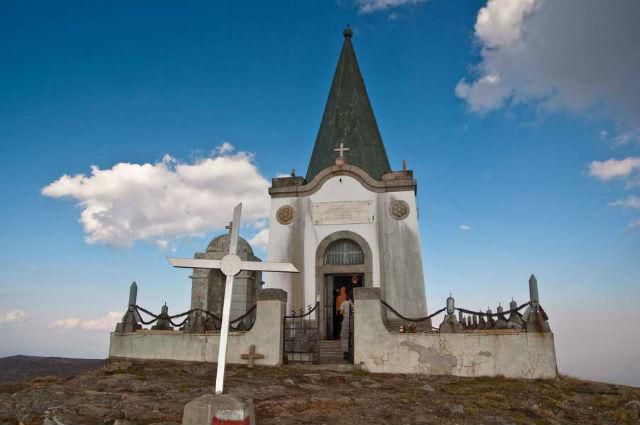 People who survived say that on the battlefield there were many cases where a bother would fight against his brother because in every village and town people would be mobilized to fight disregarding their wishes, they would be forced to fight for those who had occupied the village. This mountain hides one of the most misterious and saddest war stories, bones of unknown people found everywhere. The remains of the trrenches are still there. This is a place where a breathtaking beauty and solitude can not cover the battle sounds that raged and echoed the mountain. The number of people killed was even higher that it was assumed as years after the battles, sheepherders had been finding human bones and sculls all over the mountain. 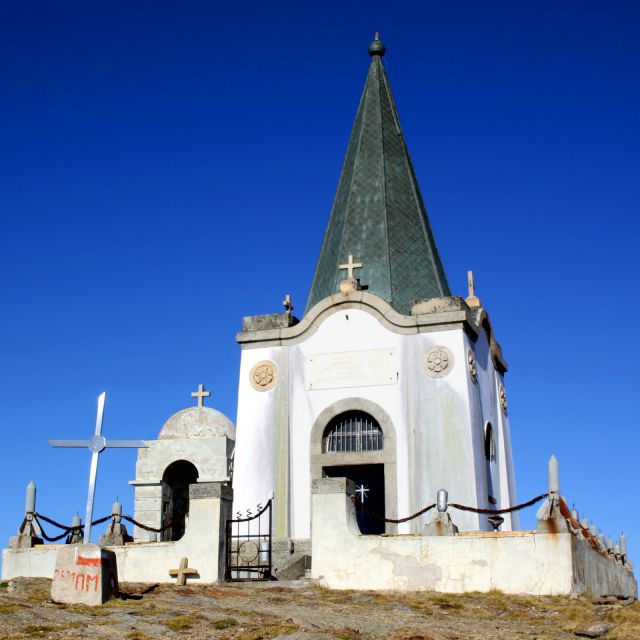 St. Peter Church was founded as a monument in the 1920's and in 1928 it was consecrated and became a church and a commemoration chapel. There is a legend about Rudolf Archibald Reiss who wanted after his death, his heart to be wrapped in gold and kept in an urn and remain at Kajmakcalan to this very day. Today his urn is still there, however it is still not clear how his heart dissapeared. Rudolf Archibald was a famous person among the Macedonian soldiers as Doctor Reiss, the Swiss-German father of Forensic Medicine. He was a professor and a writer who kept informing the media about the situation on the battlefields. In addition, Rudolf Reiss after the World War lived and died in Belgrade. 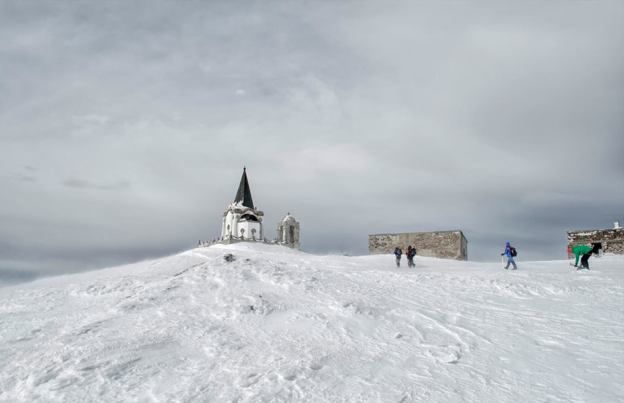 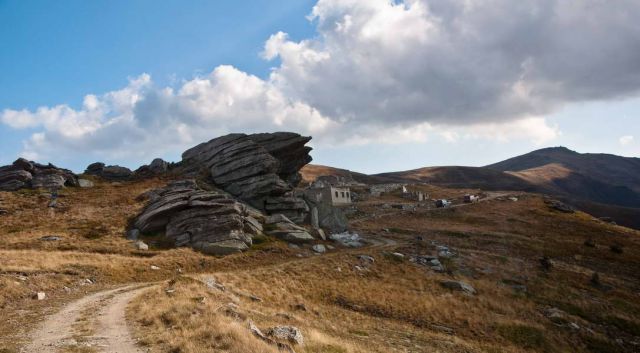 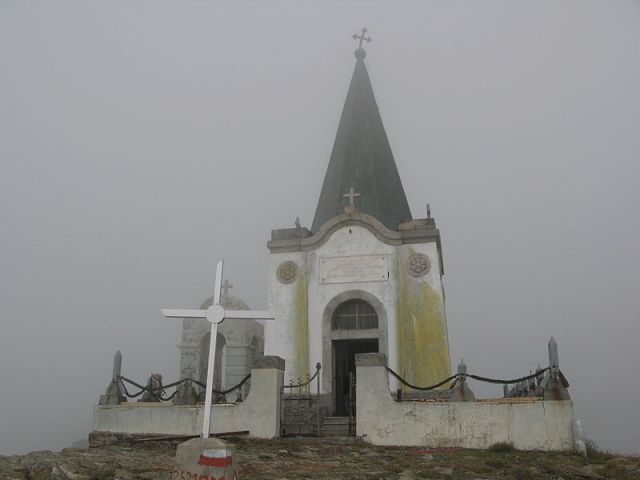 The easiest way to reach the peak is to first reach the village Skochivir and from there to start the hike which will be more than 5 hours. Along the way one will need to pass by the santry (Doctor Reiss) from where the peak is about 2.5 hours hike. In addition, the peak during the winter season can be reached from the Kajmakchalan Ski Center (Voras-Greece) but it is not recommended due to the severe weather conditions. Moreover, to climb the peak you will need a permission from the MInistry on Internal Affairs because the site is located on the Macedonian-Greek border. From the top of the mountain the two lakes are seen, Ostrovsko and Petersko  wrapped around with a beautiful landscapes.