As with most Byzantine churches, St. Naum was chosen primarily for its location – on a high, rocky outcropping over the lake, above deep forests and life-giving springs of the river Crn Drim. The monastic complex and church of St. Naum were built originally at the turn of the tenth century by the monk that beared the same name; Macedonians believe you can still hear the saint’s heartbeat by pressing an ear to his stone coffin inside the church.

The monastery has been renewed and enlarged several times over the centuries. While most of its iconostases and frescoes date from the 16th and 17th century, earlier etchings in the Byzantine Greek vernacular also remain. But numerous orthographical mistakes indicate that they were written by Slavic-speaking local monks. Other inscriptions in the church make up some of the oldest epigraphic evidence of Slavic literacy.

The icons of St. Naum are some of the best religious painting achievements in the Balkans. They date from the first half of the 18th century. The wood-carved iconostasis itself was made in 1711 by an unknown artisan.

A peculiar element of St. Naum is located not on the inside of the church but on the outside: the preponderance of multi-colored peacocks strutting around and luxuriating in the grass. 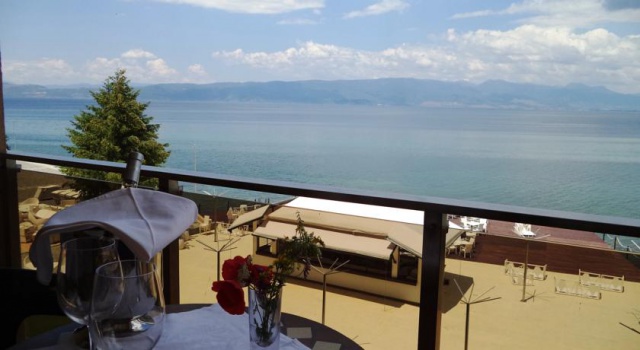 Offering a free seasonal outdoor pool and views of the mountains, Park 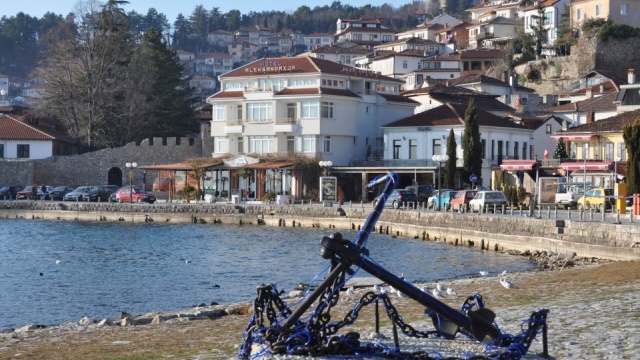 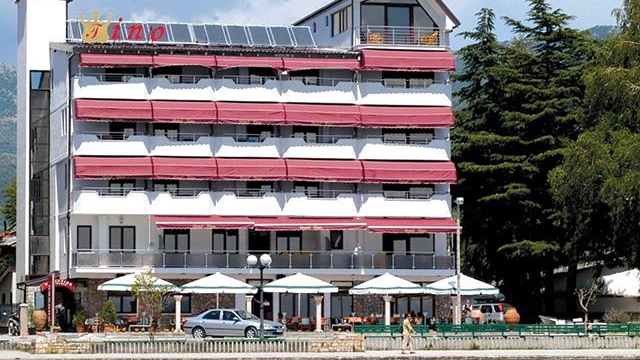 Hotel Tino is new, modern and attractive hotel with modern styling and