The most mistique and impressive monastery in the Balkan region is nested above the canyon of River Radika, St. Jovan Bigorski, the most significant landmarks from the 19th century. The monastery is located on the foot of Bistra Mountain, surrounded by dense forest. It was built to honor St. Jovan Preteca (St. John the Baptist). In 1912, the monastery’s inn was burned to ashes but the monastery’s fraternity managed to restore it to its glorious authentic look. The monastery got its name Bigorski because it has been built with large blocks of travertine (bigor-macedonian = travertine). 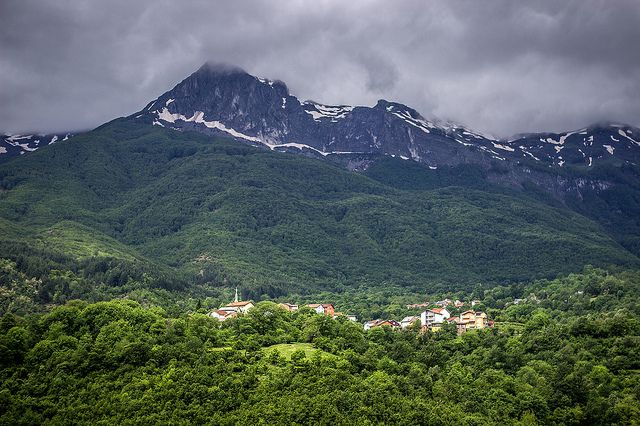 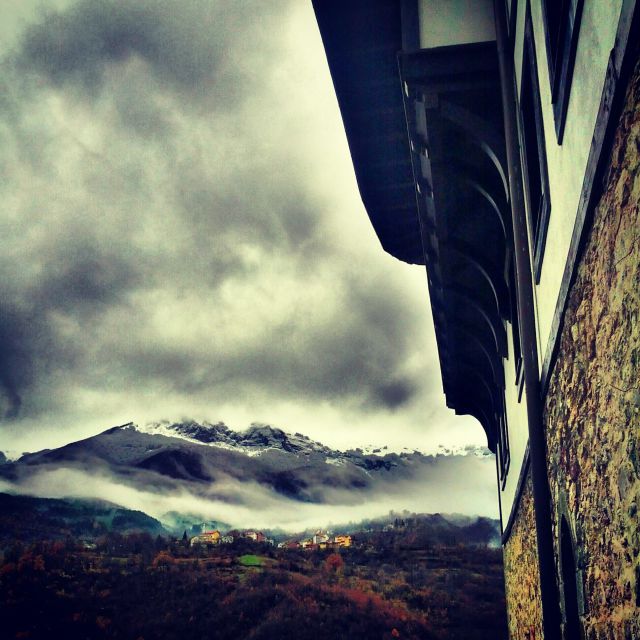 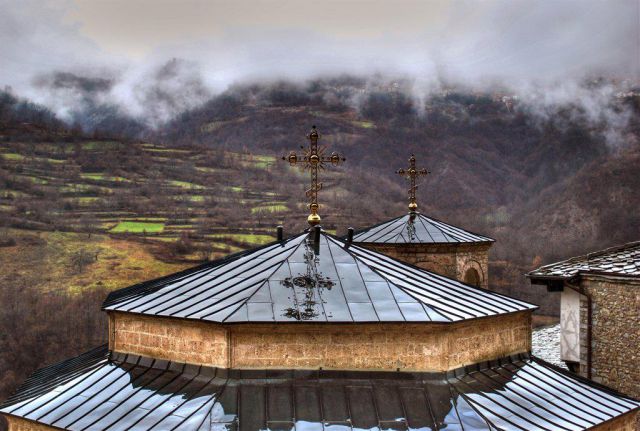 The story says that on the plains of Bistra Mountain lived a monk named Jovan. One day in 1014 as he was working on his property near the spring he saw a strange light breaking the shadows of the tall forest’s trees. The light was rising up to the sky. He came closer and saw an icon with St. Jovan Preteca (St. John the Baptist) on it. He decided to build a home for this icon and he prayed every day. After the Byzantine emperor Basil II heart about this miracle he appointed Jovan to be the first archbishop of Ohrid’s archiepiscopacy. After 6 years, Jovan decided to build a huge monastery on the place where he found the icon. 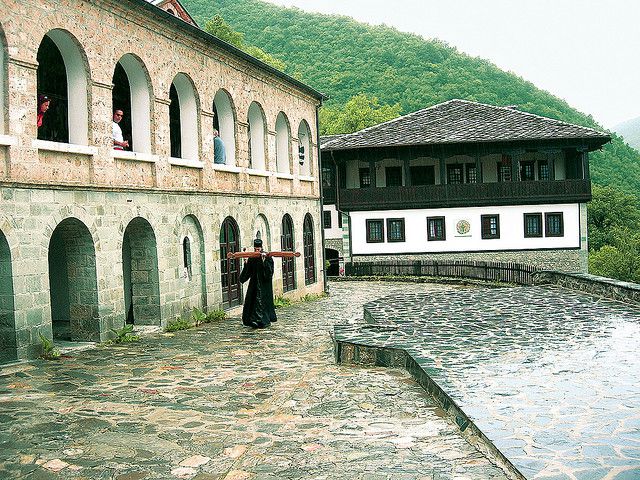 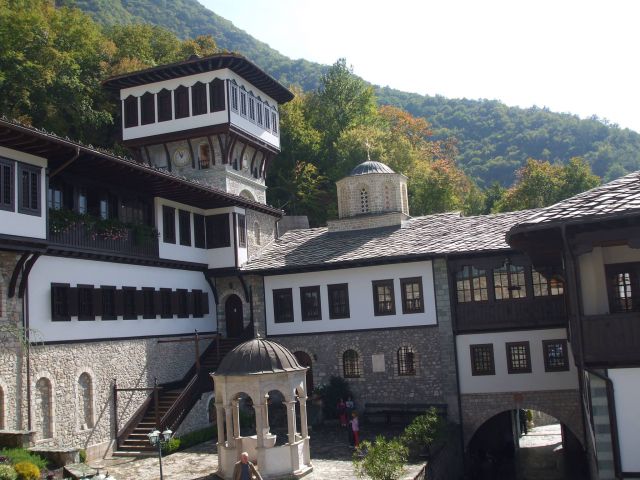 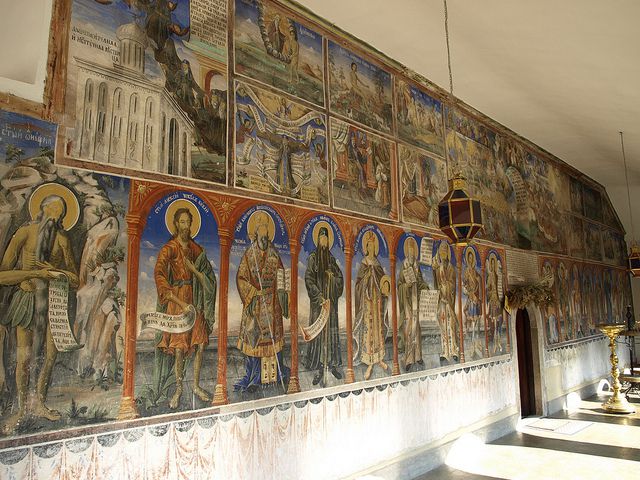 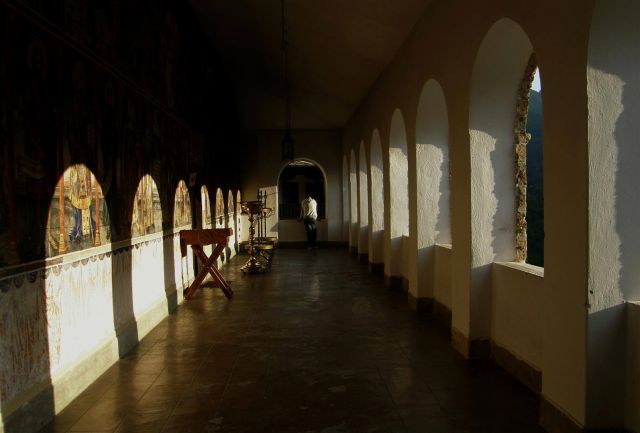 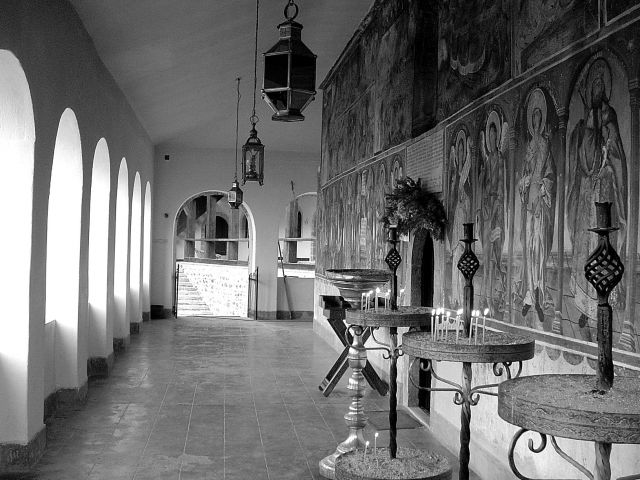 Throughout the years, St. Jovan Bigorski monastery has been burned, ruined and robbed many times. The only thing that survived untouched through the years was the icon. The present monastery dates from the 19th century, when the abbot named Mitrofan helped the monastery to be built. Moreover, the most influential was the abbot Arsenij who rebuilt also the old monastery inn with the help of the Miyak people, who brought the most impressive works of art and frescos. Dico Zograf had painted most of the frescos. 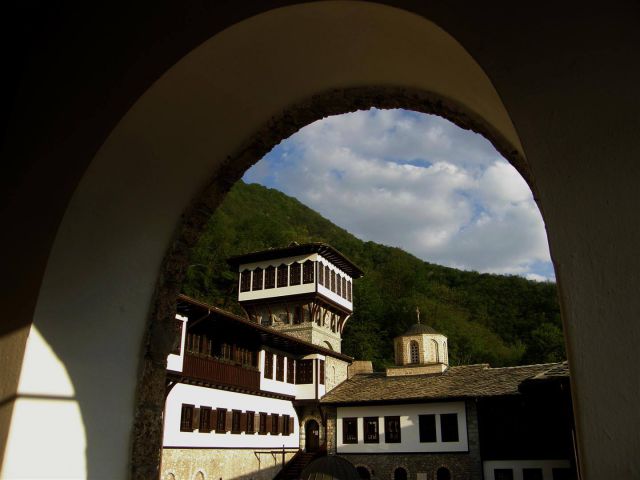 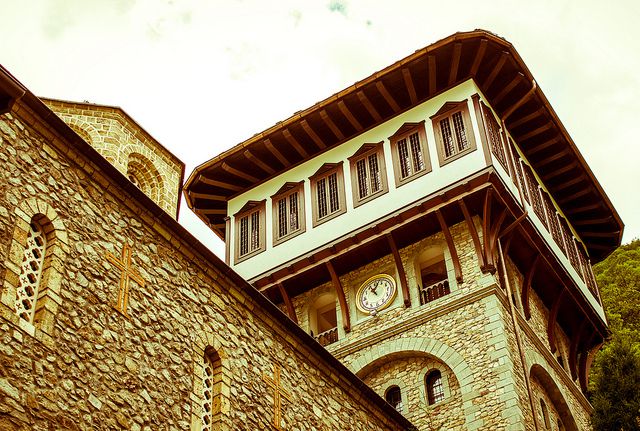 Today, the most impressive sight is the church within the complex. It is the first massive church after the Turkish occupancy. What makes this church famous worldwide is the wooden altar, iconostasis with scenes from the Old/New Covenants and the three rows of icons. Moreover, the surround and the view over the mountains are spectacular. People believe that the small cofin with the relics of St. Jovan have miracolous healing powers. The cofin is inside the church and many people come to pray honouring the saint. 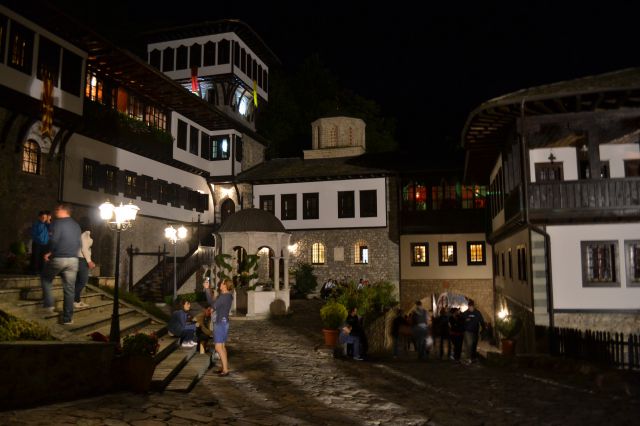 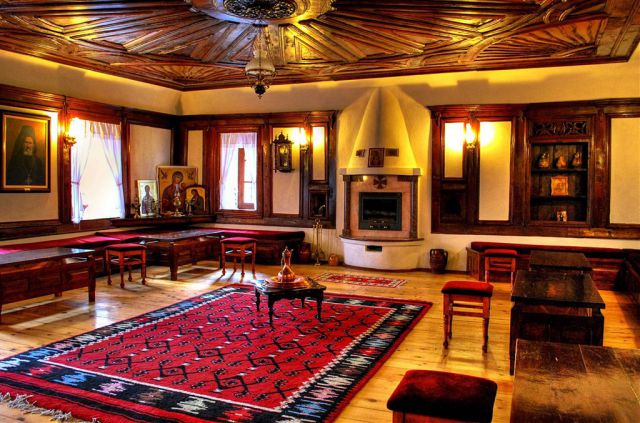