MkY4SXo2Q045VFJxOU9zT0JTYmFDOWdzSzJLS3Jpbk-H_rOt-DPOhtMgCY9AUNa8L-DxUg5W8k6EMVnhxPITcA==
https://travelmacedonia.info
Home » Things to do » Rock Climbing in Macedonia

Nested in the hearth of the Balkan Peninsula, Macedonia is a land of lakes, forests, national parks, caves, canyons, rivers and many mountains. Due to its position, the nature had carved the rocks and the crags perfectly in all the areas mentioned above.

Expansion of this sport started back in the 1980’s. The very first route to be bolted was 10 years later in Matka. It was named Jumbo Jet (VII a) by Vladimir Trpovski and Lazar Lazarov. In the past years, this sport has been developing and up to the present date, there are many great places for rock climbing.

Climbing localities are Mavrovo, Pelister, Cadina Cave, Matka, Demir Kapija and Pilav Tepe (Ploca). The most famous are described below. 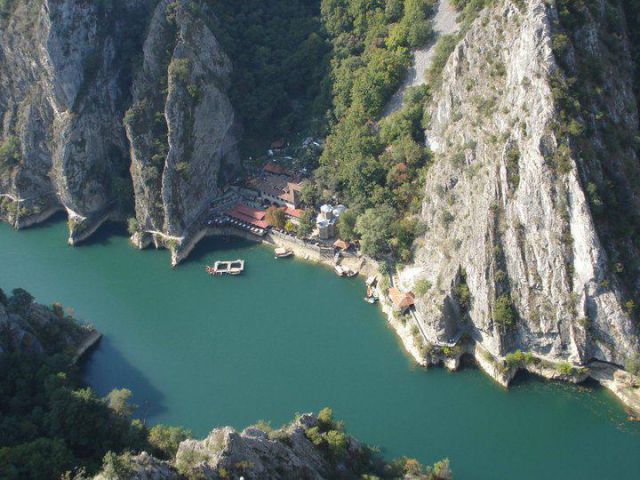 Matka is located along the river Treska, 15 km west of Skopje. The climbing routes, traditional and sport, are on both sides of the lake. The structure of the rocks is mainly a limestone conglomerate and that makes this location ideal for climbing throughout the whole year. Both the traditional and sport routes are well protected. In addition, standard equipment including helmet, 60 meters rope, spare draws, slings are necessary. There are over 200 climbing routes. The Otmar’s face is around 150 meters high, whereas the other routes are shorter up to 30 meters. Moreover, at the end of the route, at the top of the mountain every climber will be the thrilled from the magnificent view over the canyon. Every route end on the ridge, top of the mountain, route Novogodishen. The first climb  was a tragic event in 1957 when Otmar Hudomajl and Dragan Trajkovski tried to conquer the mountain rock. Otmar had fallen down and died. After three years, his companion came back, climbed to the top, and named this route Otmar. 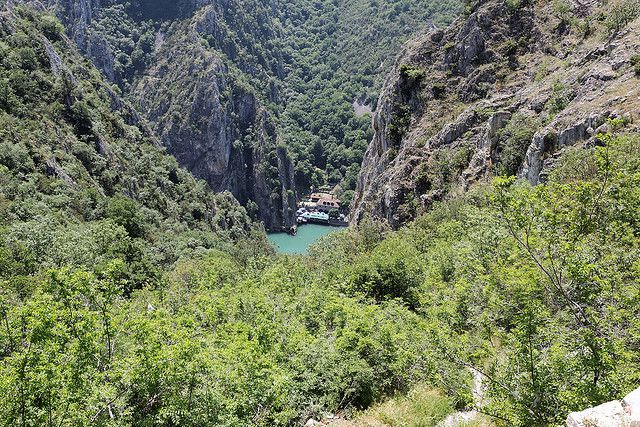 This climbing area is located along the highway M1 (E75) Skopje-Gevgelija-Thessaloniki. It is easily accessible only if it is approached from the parking lot between the two tunnels. The climbing routes (traditional and short sport) are on both sides of the river. That locality is the narrowest point of the gorge.

The first recorded ascent was back in the 1978 when the President of Yugoslavia visited the country and the route was named in his honor, Titova. Over 20 multi-pitch routes and 40 short sport routes are available for climbing.

These Limestone rocks are best to be climb in spring and autumn. Summer is not recommended for climbing due to the heat and temperatures that reach over 40°C. The main face of the rock is 250 meters high, the rest of the routes are less than 30 meters. The routes are well protected and equipped with bolts. However, 60 meters rope, spare draws, slings, cams, nuts are necessary.

The region around the lake has four different locations for rock climbing. 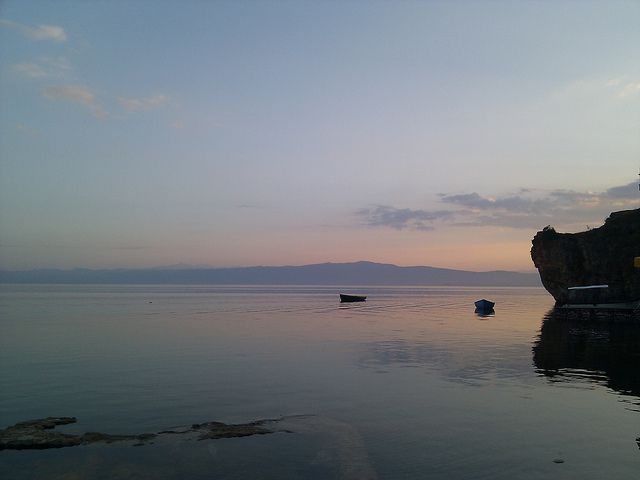 This rock is near the monastery St.Kaneo. The structure of the rock is red limestone, not high quality. Because of its position, it can be climbed throughout the whole year. The highest route is 10 meters. The locality has only three routes: 011 (VI), Sirena (VII+) and Pastrmka (V).

This climbing rock is located on the beaches of the village Trpejca, growing from the water. The rock is assembled from a limestone. Is can be climbed throughout the whole year. The highest route is 15 meters. There are four routes for climbing: Diam (VI+), Ohridska vezbalna(VI), Nokna Zvezda(VI+) and Nirvana(VI). 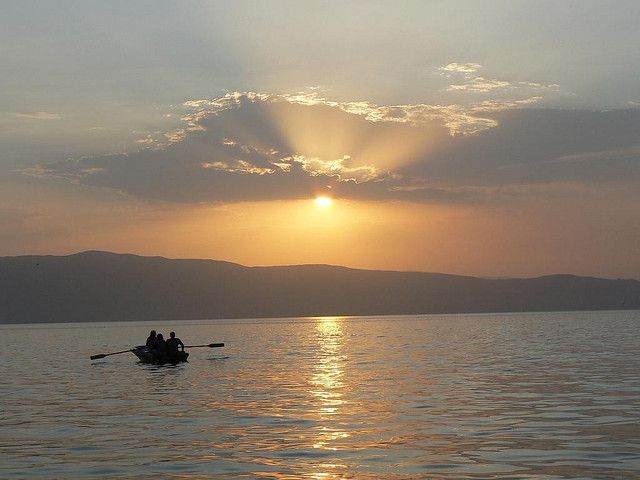 This rock is around 3 km away from the camping place “Gradishe” and it is close to the village Trpejca. The best time to climb this rock is during the summer period. There are four climbing routes. Papucha(V), Apostolka(V) and Sandala (V) are the most famous one.

This climbing locality offers climbing routes high up to 50 meters. Moreover, the limestone rock is 1 km long. It is a bit tough to find this locality but if the directions are clear, one can easily hike to there for around 20 minutes. Rock Zli Dol is nested in the mountain Galicica .The best time to climb this rock is in the summer because the temperatures are not that high due to the woods and shadows.  There are over 26 climbing routes in sport and traditional style. 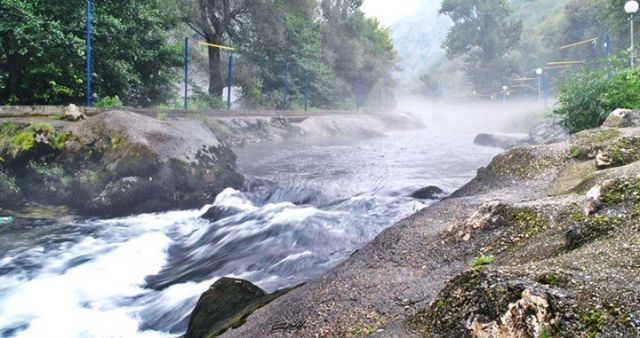 This climbing locality is near the  magisterial road M-6 (Stip-Radovish), 12km to Radovis and 25 km away from Stip. The place is easily accessible from all the local roads. The structure of the rock is a mix of granite and basalt. The rock is around 80 meters high consisting of 12 routes (traditional) that are over 20 years old. It is recommended to climb at this locality either in spring or in autumn. The routes are secures with bolts. However, standard climbing equipment, rope and quick draws are necessary. 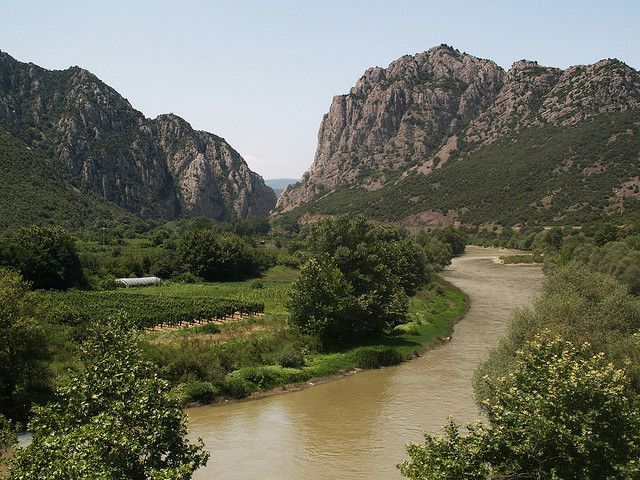 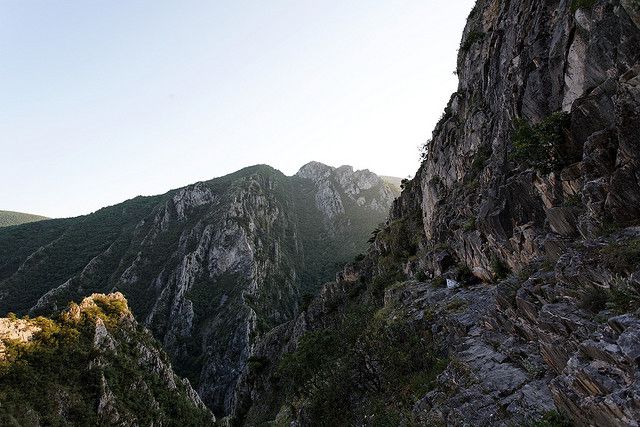